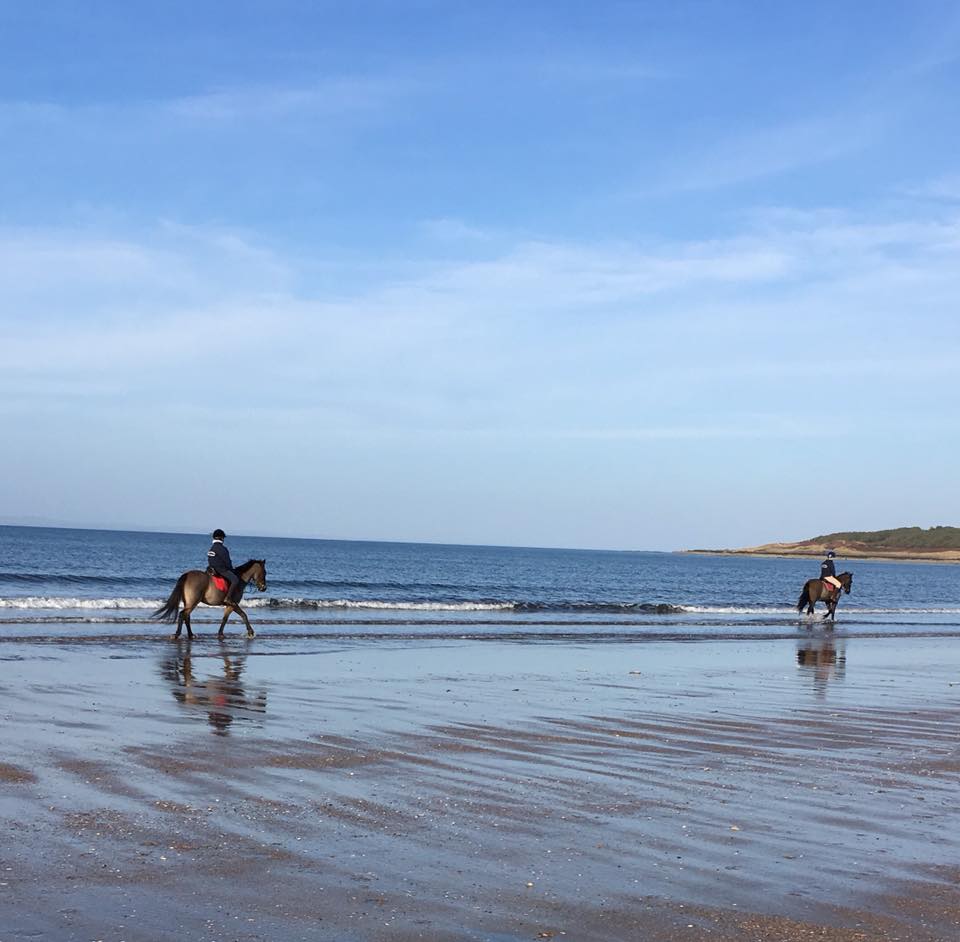 11 May Building relationships and memories with Kim Williams

Kim Williams, the editor of community and lifestyle magazine, Local Life, writes about the positive side of lockdown.

COVID-19 brings with it loss, but also the chance to build new relationships and memories.

Since making Scotland my home, some 20-odd years ago, I have found the Scots to be an independent, life-loving bunch. Yet it’s been difficult to watch my family, friends, and colleagues wrestle with the fear that has come with the rapid spread of COVID-19. Nearly two months after the Prime Minister announced the country was to enter lock-down, many of us are still struggling to understand how this pandemic will affect us and our loved ones, our communities, the country, and the world at large.

As a working-mum of two teenage boys who both ride, we pretty much had our lives mapped out for the summer of 2020, before COVID-19 became the biggest story in recent memory. After a successful eventing season in 2019, my eldest son decided to hang up his riding boots and concentrate on his final year of school which meant the heart-breaking decision to sell his horse, who is far too good to sit in a field and not compete. Which of course would mean free weekends as not every weekend would be spent driving around the country to compete at various BE competitions. Time, therefore, to spend with my youngest son, who wanted to step up a notch and starting competing at various pony club one-day events.

However, it very soon became apparent that our plans would be out of step with the times. We watched as schools closed, exams were cancelled, people were asked to stand two metres apart from one another, workplaces and shops shut their doors, British Eventing, quickly followed by The Pony Club, cancelled all events for the foreseeable future. We watched as our summer’s plans fell by the wayside – this year’s primary and secondary school leavers would not leave as they had planned, they simply stopped going to school. Those young riders who had qualified for British Eventing or Show Jumping finals would not get their moment of glory. Those who were in the process of buying or selling horses were halted. There would be no pony club competitions, events, rallies or camps.  There were even questions asked about whether we would be able to continue to ride.

Over the following weeks we found we had to deal with loss – the loss of the way we once lived.  We need to re-plan, readjust and grieve for the summer and competitions which were not to be. But owning horses is a great leveller, a constant. And without really realising it, we stumbled into a routine.  With more time on our hands, we had time to just be with our horses – care for them, ride them and re-experience the joy of simply being around our equine friends. My youngest son and I now ride every morning before breakfast and before our days of working and schooling from home begin.  Without school-runs, commuting, weekends spent competing, we’re no longer in a constant rush.  We cycle to the stables in the evening, to bring the horses in, and we spend time with them, rather than hurriedly throwing on stable rugs and tossing buckets of feeds in their stables, before racing  home. I am loving watching my sons’ bond with their horses in a new way, sitting in the stable, chatting to them, just simply being around their best friends.