Catching Up With Jenna 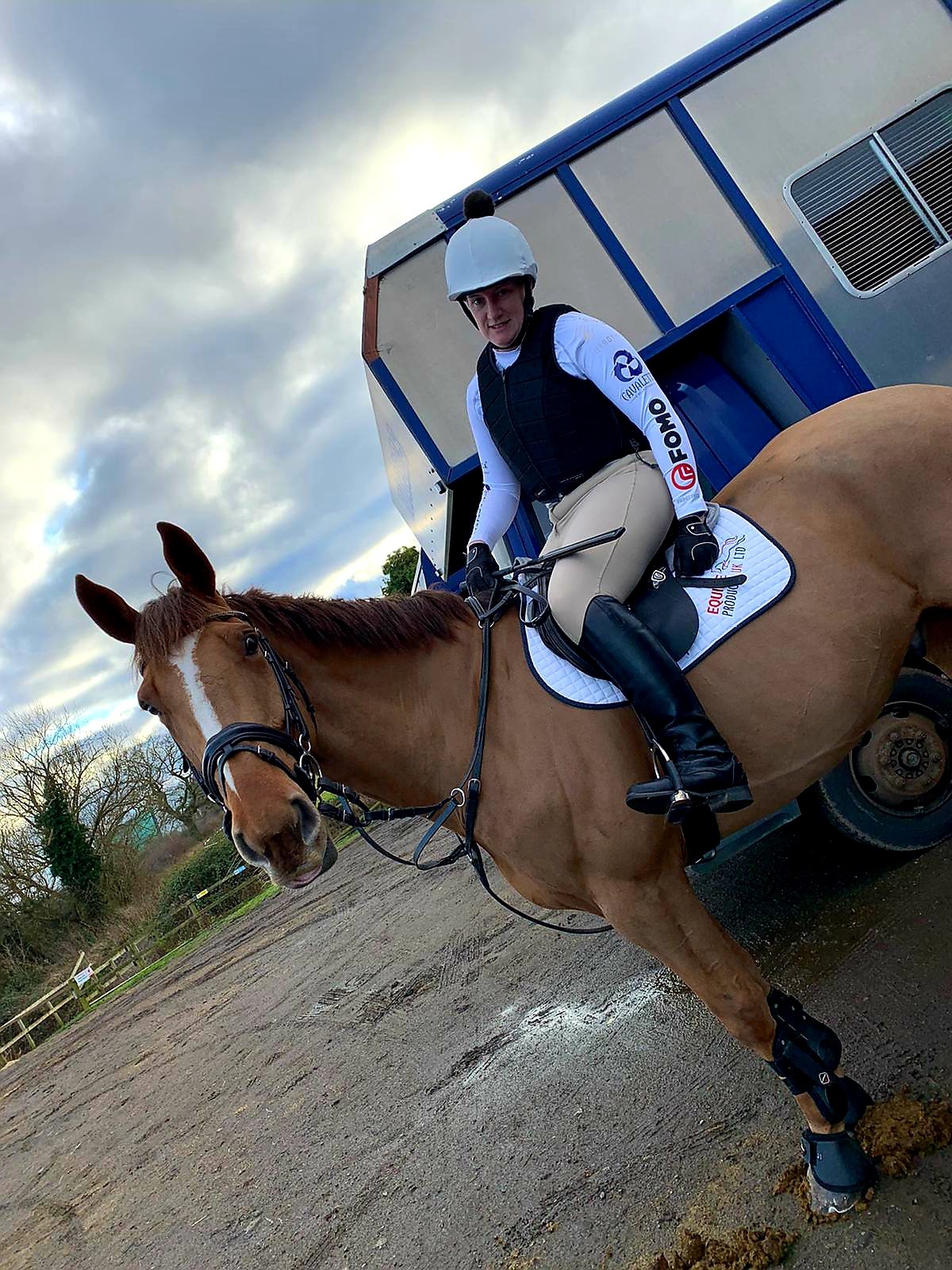 12 Mar Catching Up With Jenna

Posted at 21:16h in Uncategorized by Sarah 0 Comments
0 Likes
Share

I’ve been very quiet as of late as it’s been super busy here. I’ve recently moved house to round the corner from my previous place and we’ve been gearing up at work towards Cheltenham Gold Cup week so it’s been a bit manic! Trusty has been ticking over, however, we’ve had some saddle issues and a few leftover issues from his fall at Gatcombe last year. Luckily, I’ve found a fantastic equine chiropractor, Bryony Barraclough, who’s put us back on track and I think I’ve found the right pad combination for his jumping saddle so we are slowly getting there.

I’ve taken a break from competing for a while whilst I concentrate on building Trusty’s fitness and muscles up in the right way. Bryony has given us the advice to do lots of hill work and raised pole work to get him using himself better and I’ll be having her back out at the start of April to check how he is coming along. My powers of imagination are being put to the test with new things to do – the hacking around my yard is very limited and mainly roadwork so I am making use of walking and trotting up and down a nearby hill until the ground dries out some more to be able to get into the large hill field, once the mares are not in there anymore. I’ve been using Facebook constantly to come up with more raised pole exercises so we’re not always doing the same thing – my top tip is to not forget how much horses work in walk! Raised poles done in walk uses each leg individually so it’s really beneficial in building muscle and balance.

With working full time and riding just being my hobby, I am increasingly looking at what I am spending my money on and what benefit I’m getting out of it. Recently, Trusty had been having lots of fences down competing – nothing particularly major but he is one of those horses who just has to breath on a pole and it can come down. With the issues we’ve been facing, I’m working on improving his technique over a fence which again comes back to building up the right muscles and getting him to use himself. With this in mind, I’m spending more time course hiring rather than competing. I find with course hire, I can spend either the same or less money on a half-hour or full hour slot than what I spend on 2 rounds of competition jumping. Therefore, with what I am working on at the moment, I get more value out of the course hire than competing.

My plan for the rest of March is some more show jump course hire and then hopefully our first grass cross country hire by the end of the month and then in April it will be lessons and more hiring with perhaps a show put in before our services season begins. Don’t worry though as we’ll be back out competing soon – I’m entered into the UK Armed Forces Championships in Addington at the end of April and I have also entered a Gloucestershire Police Team for the Royal Windsor Horse Show Services Jumping in May. I am also planning on doing the riding club 2-day event at Stoneleigh in May and then the riding club horse trials qualifiers in June so there are lots of plans afoot!

The most important thing to remember with your horses is that they are not machines and sometimes things don’t quite go to plan. Don’t waste your money plugging away at the same old things when you can use it more efficiently to get better results. I’m hoping all my training pays off and we’ll reap the rewards once the season is underway proper.