East Lothian Pony Club was established in 1952 and is part of Pony Club Area 19 covering central and the south of Scotland. We have almost 60 members and we try to teach children at all levels in the correct way of riding while ensuring that all our members have fun and enjoy their riding. We regularly hold rallies and competitions for riders of all abilities, from lead rein to championship teams. The success of the Club comes from active participation by children, the help and support of parents / helpers and the excellent training provided by our instructors.

The whole is greater than the sum of its’ parts…

As I write this blog, I am looking out of the window at our beautiful mare who is lazily flicking her tail in the sun, thinking of missed opportunities.  This time last year the club teams would have been training hard to get fit and ready for Pony Club Area competitions which are one of highpoints for all Pony Clubs.  East Lothian did particularly well last season and qualified for The Championships at Cholmondsey Castle, in several disciplines including Eventing and Dressage at novice level.  We were on fire!  However, the dreadful weather meant Champs were not to be, for the first time in many years Champs was cancelled due to the terrible rain…This was of course hugely disappointing for those who had worked so hard over the season to achieve the golden tickets to Champs and there was great disappointment that we were unable to go and fly our Scottish flag and represent the Club. 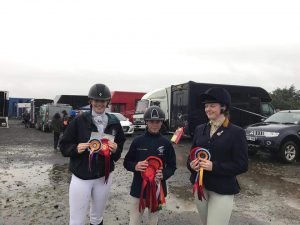 There are some fantastic young riders in our club, and we are very lucky to have them.  In fact, everyone who is part of ELPC contributes to the sense of community and what it really means to be part of something. East Lothian is a great club to part of and we are so lucky to have access to the wonderful facilities provided at the beautiful grounds at Tyninghame and Quarryford up in the hills where we have our yearly PC camp.   But being part of ELPC is more than the members, the beautiful grounds and the commitment to the sport, it is more than the wonderful instructors’ who give so much to the members, both on and off their ponies.

Being part of East Lothian pony club has taught me it is not just about the winning and the achieving, which is lovely but about the picking each other up when things have not gone so well, about coming together when things are difficult, about keeping going in the face of adversity.  And gosh this has never been more apparent than this year.

At the beginning of the season when I took on the role of DC, I thought I was prepared for what lay ahead, but boy I got that wrong. I do not think any of us were expecting a global emergency, that halted all of us in our tracks…One by one the usual equestrian events began to disappear from the calendar.  I wondered how this would impact on our members, particularly after the cancellation of last years, big PC event and what could we do as a club to keep our members engaged and feeling  like they were still part of something?  How were we as a club going to offer our members something that they could get their teeth into? 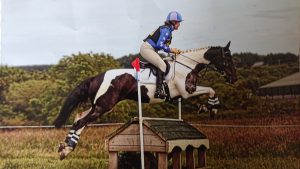 As luck would have it, FOMO came to the rescue!  Offering a series of non-ridden, fun, mini challenges to our club members as a Pony Club Olympics.  The committee were delighted to have this opportunity and we were blown away by how the members got involved.  At Pony club Camp the members are divided into troops and we mirrored this in the FOMO challenges, dividing them up into groups of similar sizes and all age ranges.  It has been a phenomenal success.  The kids were committed and engaged and embraced the challenges as if they were about to set off round Badminton!

The sense of teamwork, the creativity shown in the tasks, the way they worked together was inspiring and a lesson to us all.   I have been so proud of them!  They came together despite the huge difficulties, in all of our worlds, and they made something good.  This for me encapsulates everything that the pony club is about, not just the glory but the sense of community and being together.  One of the Pony Club objectives is ‘to promote the highest ideals of sportsmanship, citizenship and loyalty to create strength of character and self-discipline’ and I feel that our members, with the help of the FOMO challenges have more than achieved this!